Iflaviruses are small RNA viruses that infect caterpillars and are transferred vertically, from parent to offspring. Baculoviruses, on the other hand, infect and kill caterpillars to release more virus particles for horizontal transmission. These infectious particles are protected by protein occlusion bodies (OBs). In co-infected hosts, iflaviruses use baculovirus OBs to achieve horizontal transmission. 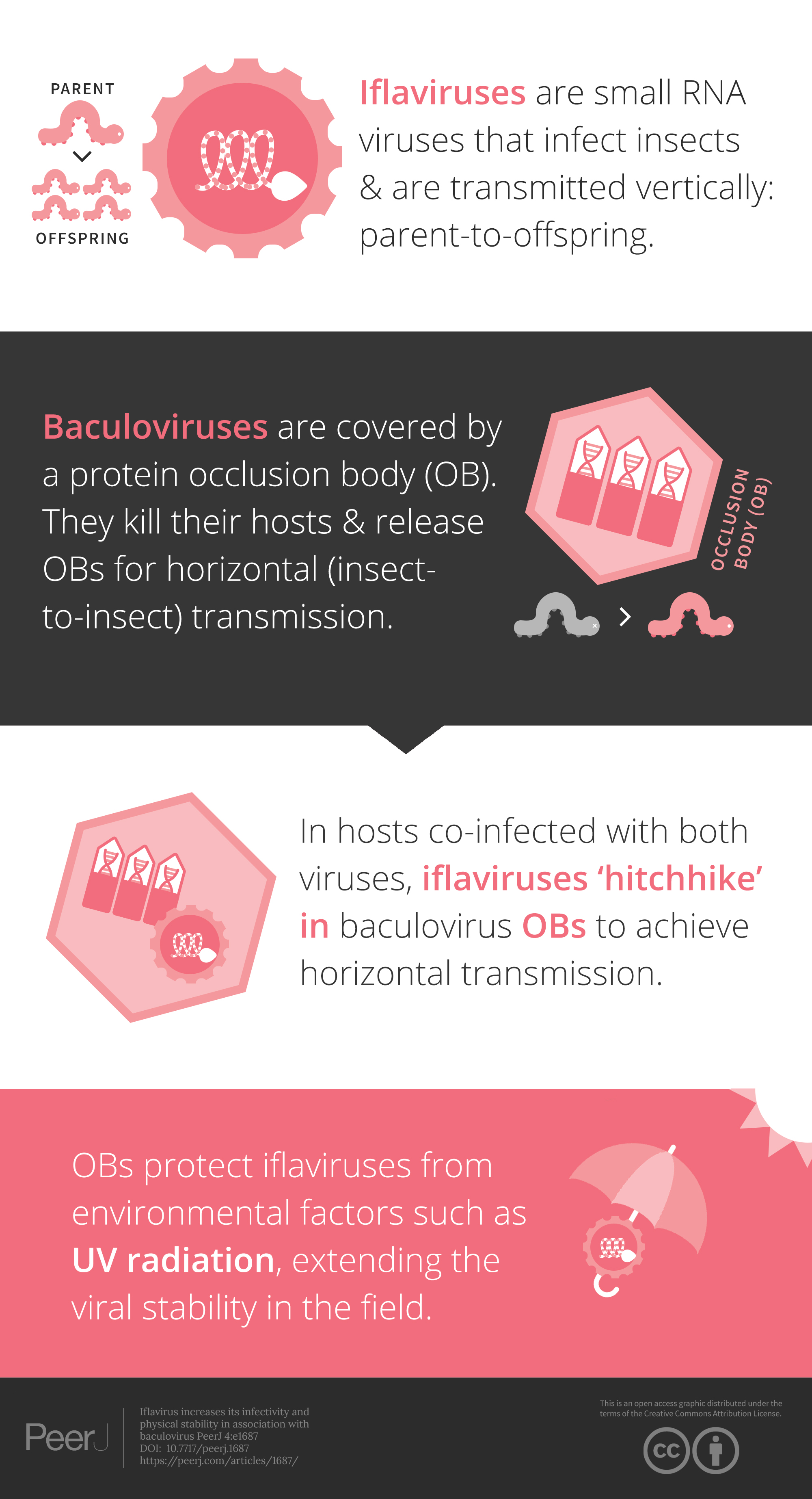 Virus transmission and the prevalence of infection depend on multiple factors, including the interaction with other viral pathogens infecting the same host. In this study, active replication of an iflavirus, Spodoptera exigua iflavirus 1 (order Picornavirales) was observed in the offspring of insects that survived following inoculation with a pathogenic baculovirus, Spodoptera exigua multiple nucleopolyhedrovirus. Tracking the origin of the iflavirus suggested the association of this virus with the occlusion bodies of the baculovirus. Here we investigated the effect of this association on the stability and infectivity of both viruses. A reduction in baculovirus pathogenicity, without affecting its infectivity and productivity, was observed when associated with the iflavirus. In contrast, viral association increased the infectivity of the iflavirus and its resistance to ultraviolet radiation and high temperature, two of the main factors affecting virus stability in the field. In addition, electron microscopy analysis revealed the presence of particles resembling iflavirus virions inside the occlusion bodies of the baculovirus, suggesting the possible co-occlusion of both viruses. Results reported here are indicative of facultative phoresis of a virus and suggest that virus–virus interactions may be more common than currently recognized, and may be influential in the ecology of baculovirus and host populations and in consequence in the use of baculoviruses as biological insecticides.