The Tennessee River Basin is one of the most important freshwater fish biodiversity hotspots, but little is known regarding the fossil record of fishes from this area. This study fills in the zoological history through the identification, processing, and reporting of 41 unique species from 10 sites that span the entire basin over the last part of the Pleistocene ice age (10,000 to 30,000 years ago). This study represents one of the most comprehensive descriptions of North American late Pleistocene fishes and provides evidence of early assemblage structure, several extirpation events resulting from ice sheet recession, and little known extinct taxa. 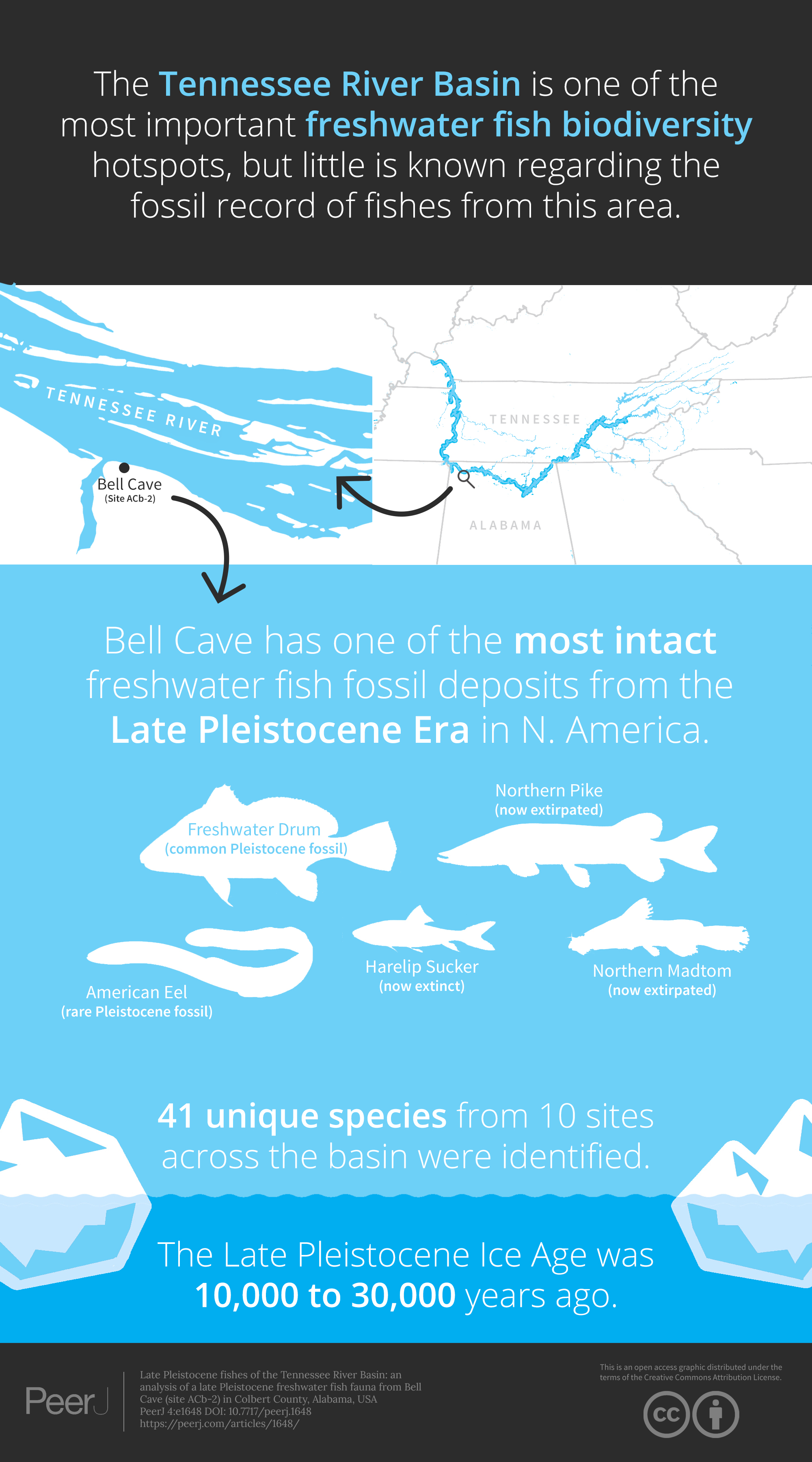