The Enemy Within: The Challenge of Domestic Terrorism

The Enemy Within: The Challenge of Domestic Terrorism

Since 9/11, the American media has focused attention on the possibility of “homegrown” terrorist threats. Despite media focus on the Muslim community as a source of domestic terrorism, terrorist acts associated with Islamic fundamentalists only account for 2.3% of all attacks occurring between 2000-2009. Right-wing groups, in the form of sovereign and militia movements, and left-wing groups, in the form of environmentalism, remain legitimate threats. On the other hand, the overall number of domestic terrorist acts has decreased since the 1970s, while lethality of—that is, the number of deaths caused by—these acts has increased. 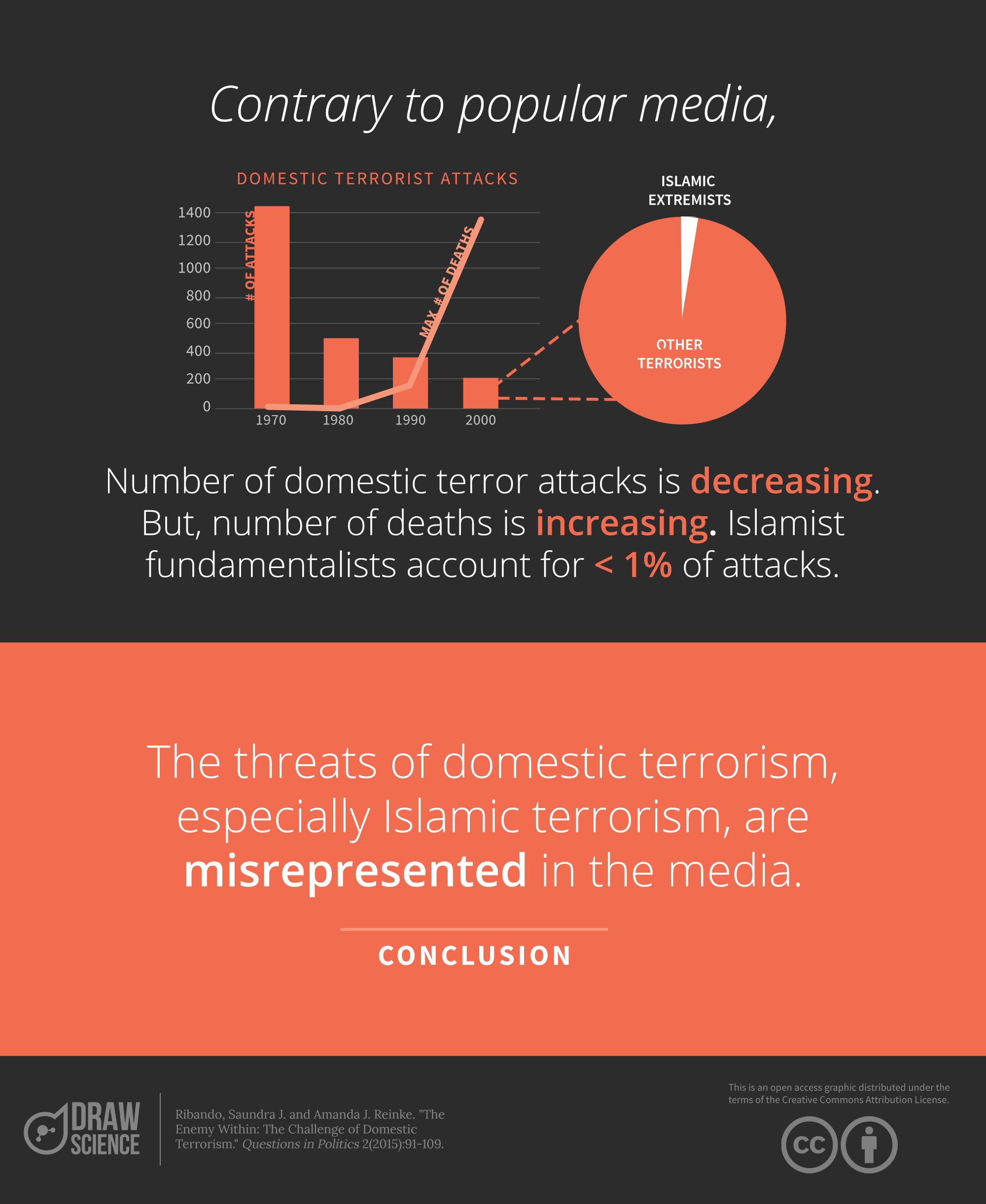 Since the 9/11 attacks, the American media has focused heavily on terrorism, terrorist attacks, and the possibility of a “homegrown” terrorist threat. In this study, the researchers use the Global Terrorism Dataset to analyze terrorist incidents in the United States and its territories since 1970 to identify trends in domestic terrorism. The analysis demonstrates that the number of terrorism incidents has dramatically declined since the 1970s. However, the lethality of attacks has significantly increased. Over time, the pendulum between right- and left-wing-inspired attacks has also swung back and forth; currently, legitimate threats from both ends of the political spectrum exist in the form of the militia and sovereign citizen movement on the right and environmental groups on the left. While a legitimate concern exists about online radicalization of Muslim youth, the severity of the threat appears to be overblown in the media, as the Muslim community has itself been the prime source of information disrupting potential terrorist attacks inspired by radical Islam.