Gene expression data was used to identify key enzymes in the gut of a major storage pest, the red flour beetle.  The expression of genes encoding enzymes in the major feeding stages, larvae and adults, was compared to that of non-feeding stages, eggs and pupae.  The data contribute to the comprehensive study of protein digestion in the beetle and identify key enzymes to target for pest control strategies. 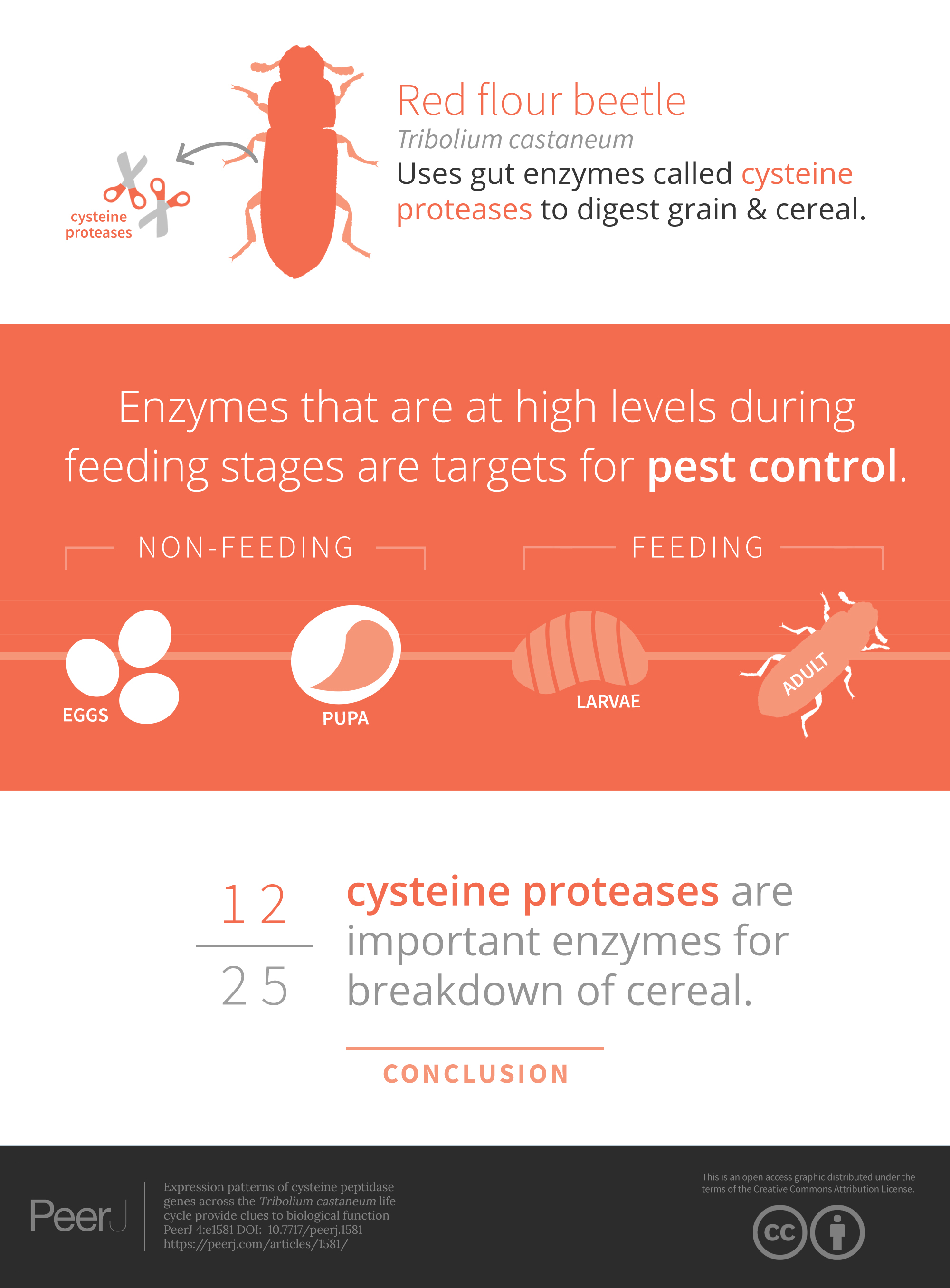