This is a study that is an overview of the global patterns of concentrations of persistent organic pollutants (POPs) in marine finfish.  Based on this review of 100s of peer-reviewed studies, we show three major items: (1) POPs are in seafood from across the world’s oceans.  (2) Despite the ubiquitous presence of POPs, the concentration in the consumable meat of marine finfish is highly variable.  Within one region and one group of fish species, we may find concentrations of POPs that vary by 1000-fold. (3) By looking at these data through time, we show that the concentration of POPs have been dropping consistently for the past 30 years at a rate of 15-30% per decade. 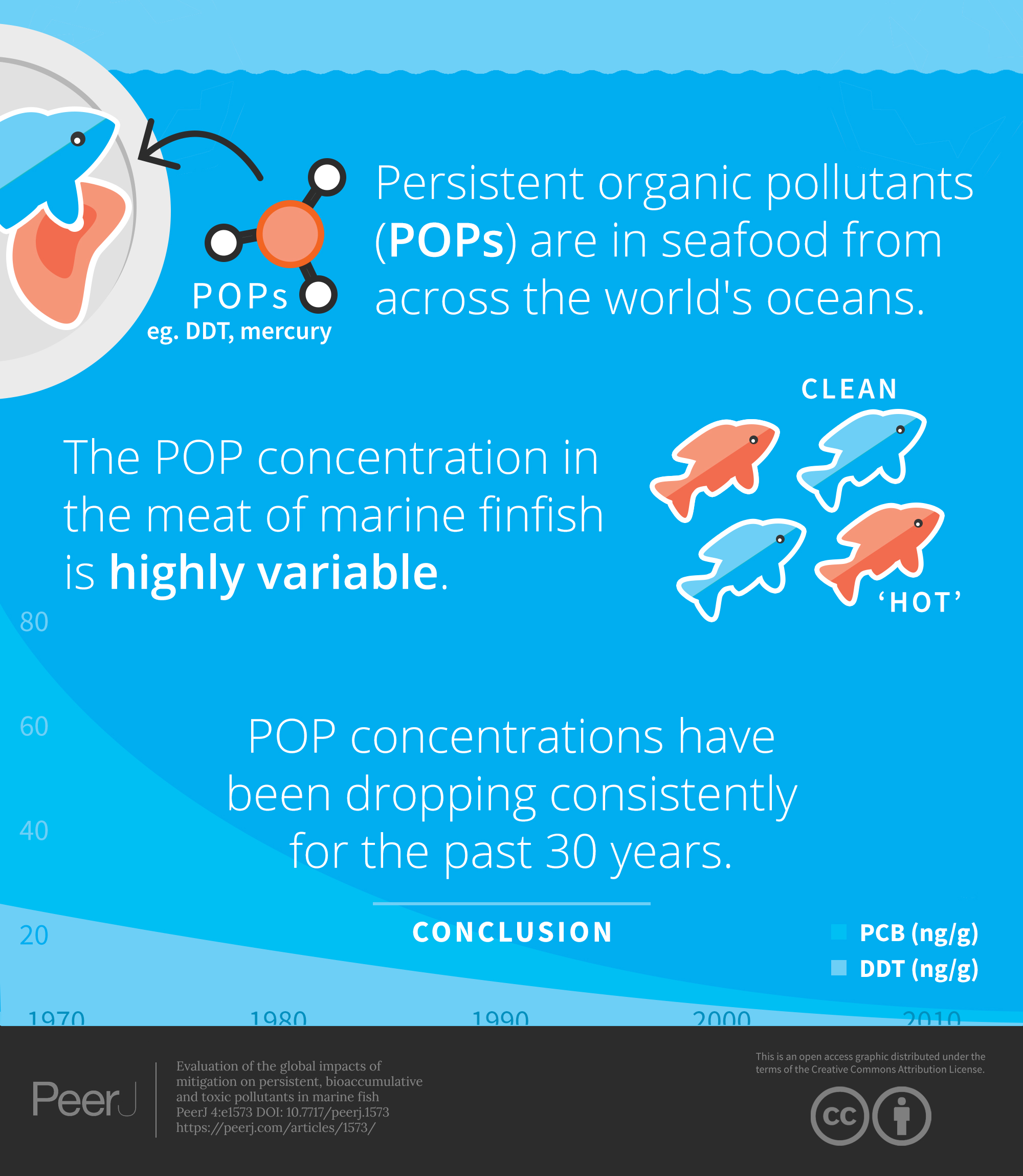