What differentiates strains of Peregrinibacteria?

What differentiates strains of Peregrinibacteria?

In this manuscript, we present the first ever strain-resolved complete genomes from metagenomics for five members of the bacterial phylum Peregrinibacteria, that were sampled from filtered groundwater obtained from an aquifer adjacent to the Colorado River near the town of Rifle, CO, USA. Importantly, strain-variation in these bacteria is not observed in their ribosomal rRNA, rather it manifests primarily in large extracellular proteins which may function in attachment to other cells. 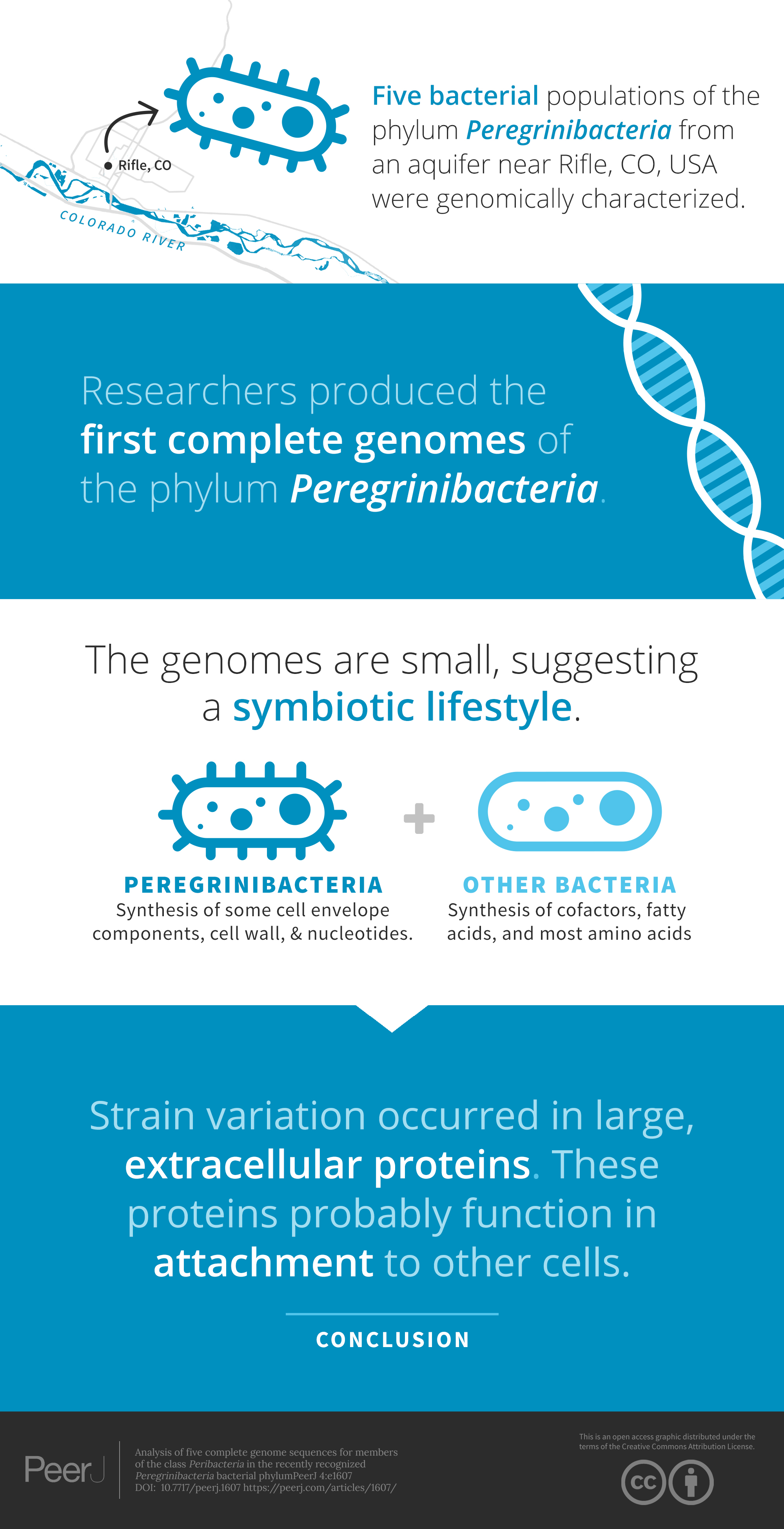 Five closely related populations of bacteria from the Candidate Phylum (CP) Peregrinibacteria, part of the bacterial Candidate Phyla Radiation (CPR), were sampled from filtered groundwater obtained from an aquifer adjacent to the Colorado River near the town of Rifle, CO, USA. Here, we present the first complete genome sequences for organisms from this phylum. These bacteria have small genomes and, unlike most organisms from other lineages in the CPR, have the capacity for nucleotide synthesis. They invest significantly in biosynthesis of cell wall and cell envelope components, including peptidoglycan, isoprenoids via the mevalonate pathway, and a variety of amino sugars including perosamine and rhamnose. The genomes encode an intriguing set of large extracellular proteins, some of which are very cysteine-rich and may function in attachment, possibly to other cells. Strain variation in these proteins is an important source of genotypic variety. Overall, the cell envelope features, combined with the lack of biosynthesis capacities for many required cofactors, fatty acids, and most amino acids point to a symbiotic lifestyle. Phylogenetic analyses indicate that these bacteria likely represent a new class within the Peregrinibacteria phylum, although they ultimately may be recognized as members of a separate phylum. We propose the provisional taxonomic assignment as ‘Candidatus Peribacter riflensis’, Genus Peribacter, Family Peribacteraceae, Order Peribacterales, Class Peribacteria in the phylum Peregrinibacteria.