Two subspecies of Chorthippus parallelus grasshoppers (Cpp and Cpe) are infected with two different strains of a bacteria called Wolbachia. When Cpp and Cpe interbreed in a hybrid zone between France and Spain, the hybrid grasshoppers can acquire both types of Wolbachia. By studying the genomes of hybrid grasshoppers, researchers found that genes from both Wolbachia strains have moved from the bacterial genome into the grasshopper genome. 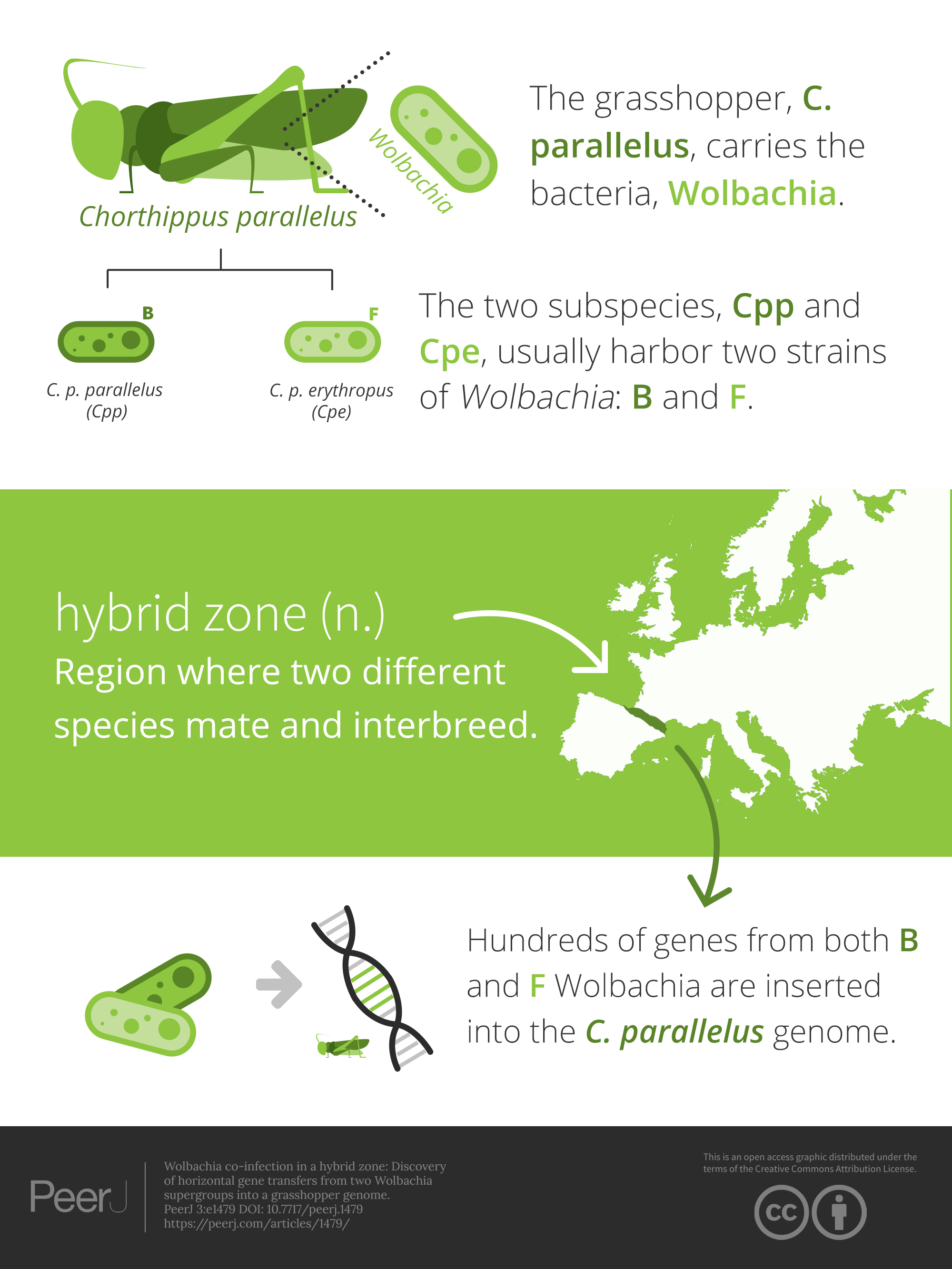 Hybrid zones and the consequences of hybridization have contributed greatly to our understanding of evolutionary processes. Hybrid zones also provide valuable insight into the dynamics of symbiosis since each subspecies or species brings its unique microbial symbionts, including germline bacteria such as Wolbachia, to the hybrid zone. Here, we investigate a natural hybrid zone of two subspecies of the meadow grasshopper Chorthippus parallelus in the Pyrenees Mountains. We set out to test whether co-infections of B and F Wolbachia in hybrid grasshoppers enabled horizontal transfer of phage WO, similar to the numerous examples of phage WO transfer between A and B Wolbachia co-infections. While we found no evidence for transfer between the divergent co-infections, we discovered horizontal transfer of at least three phage WO haplotypes to the grasshopper genome. Subsequent genome sequencing of uninfected grasshoppers uncovered the first evidence for two discrete Wolbachiasupergroups (B and F) contributing at least 448 kb and 144 kb of DNA, respectively, into the host nuclear genome. Fluorescent in situ hybridization verified the presence of Wolbachia DNA in C. parallelus chromosomes and revealed that some inserts are subspecies-specific while others are present in both subspecies. We discuss our findings in light of symbiont dynamics in an animal hybrid zone.