Drug resistant infections are becoming a huge problem and antimicrobial peptides (AMPs), have been proposed to be useful for designing new antibiotics that will be less susceptible to resistance development. Most researchers focus on how AMPs interact with the lipid bilayer of bacteria. Using a technique (differential scanning calorimetry = DSC) to study the effect of one AMP (MSI-78) on all parts of the bacteria, researchers found MSI-78 doesn’t just target lipid bilayers – it messes up ribosomes as well. 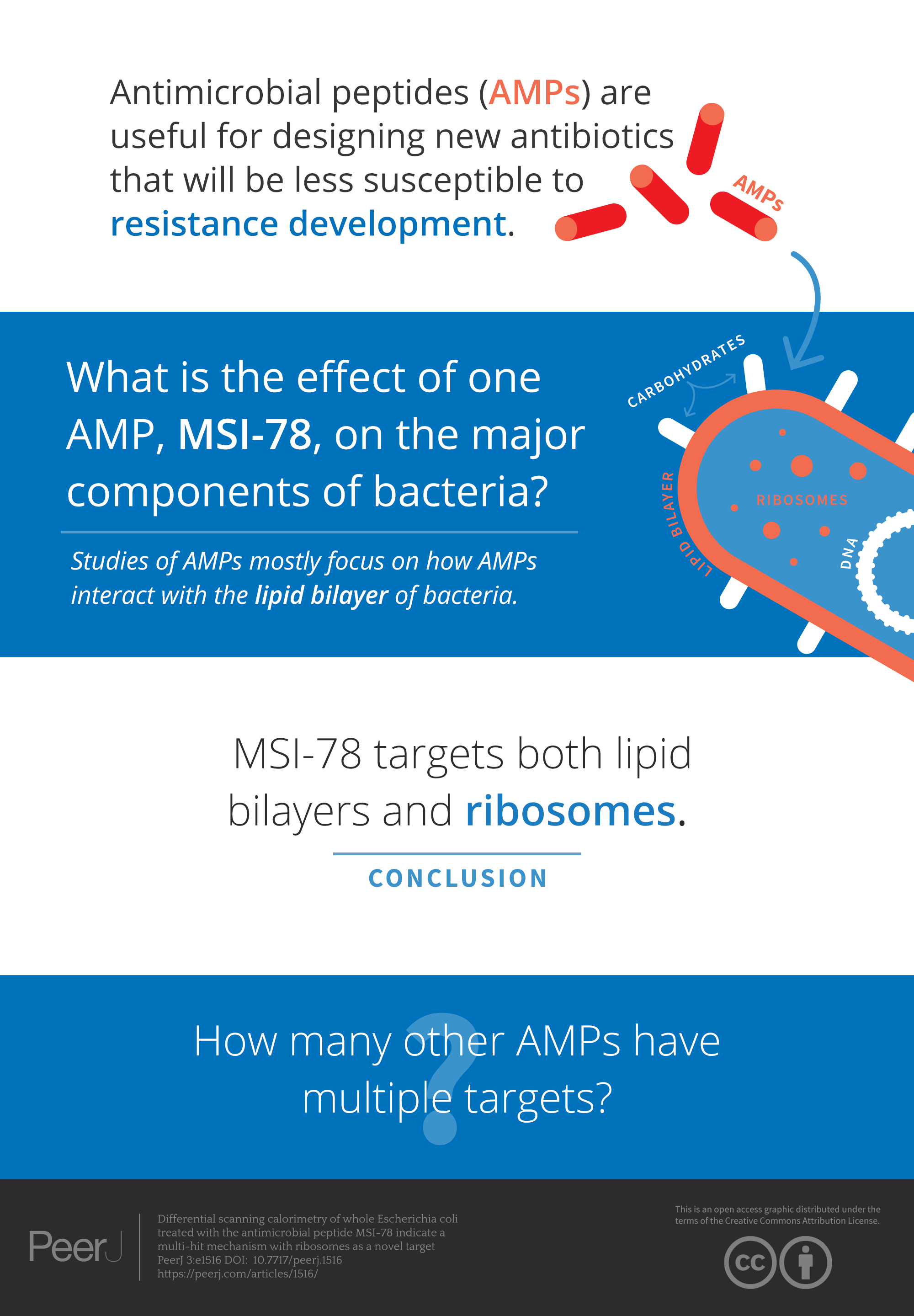 Differential Scanning Calorimetry (DSC) of intact Escherichia coli (E. coli)was used to identify non-lipidic targets of the antimicrobial peptide (AMP) MSI-78. The DSC thermograms revealed that, in addition to its known lytic properties, MSI-78 also has a striking effect on ribosomes. MSI-78’s effect on DSC scans of bacteria was similar to that of kanamycin, an antibiotic drug known to target the 30S small ribosomal subunit. An in vitrotranscription/translation assay helped confirm MSI-78’s targeting of ribosomes. The scrambled version of MSI-78 also affected the ribosome peak of the DSC scans, but required greater amounts of peptide to cause a similar effect to the unscrambled peptide. Furthermore, the effect of the scrambled peptide was not specific to the ribosomes; other regions of the DSC thermogram were also affected. These results suggest that MSI-78’s effects on E. coli are at least somewhat dependent on its particular structural features, rather than a sole function of its overall charge and hydrophobicity. When considered along with earlier work detailing MSI-78’s membrane lytic properties, it appears that MSI-78 operates via a multi-hit mechanism with multiple targets.