In 2014, the Democratic Republic of Congo (DRC) experienced a confined outbreak of Ebola that was unrelated to the epidemic in West Africa. A researcher used mathematical models to study the average number of new infections that were caused by infectious persons over the course of the outbreak. The findings show that the outbreak was brought under control within four weeks, supporting the notion that a rapid response limited further spread of Ebola in DRC. 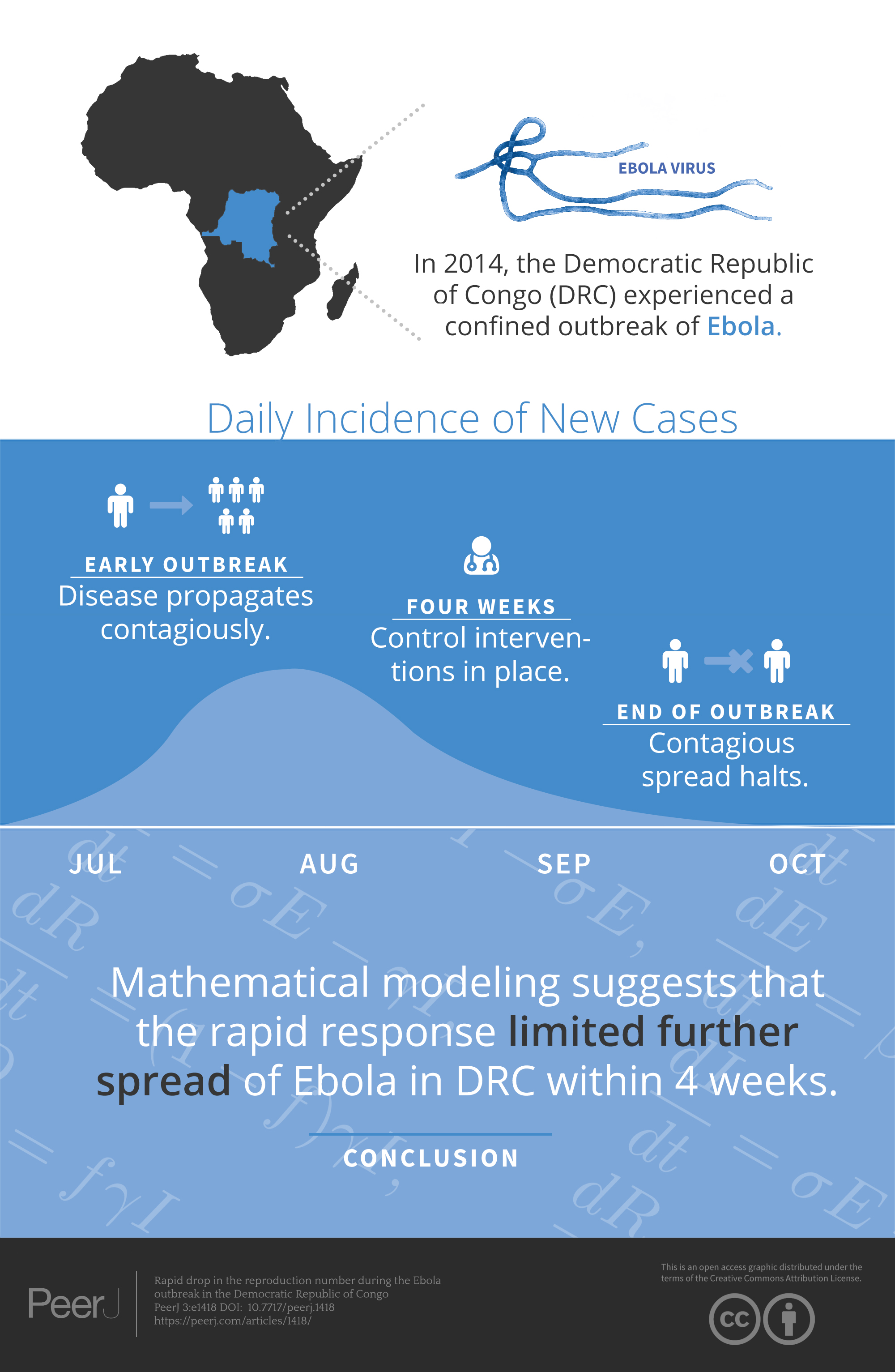 The Democratic Republic of Congo (DRC) experienced a confined rural outbreak of Ebola virus disease (EVD) with 69 reported cases from July to October 2014. Understanding the transmission dynamics during the outbreak can provide important information for anticipating and controlling future EVD epidemics. I fitted an EVD transmission model to previously published data of this outbreak and estimated the basic reproduction number R0 = 5.2 (95% CI [4.0–6.7]). The model suggests that the net reproduction number Rt fell below unity 28 days (95% CI [25–34] days) after the onset of symptoms in the index case. This study adds to previous epidemiological descriptions of the 2014 EVD outbreak in DRC, and is consistent with the notion that a rapid implementation of control interventions helped reduce further spread.